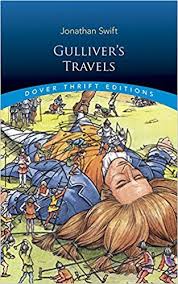 Synopsis
Gulliver is on a boat, but a rock hits it and Gulliver and his companions go out in a boat. A storm throws them into the sea, but Gulliver survives. He reaches an island but the ship breaks. The people of the island are very small and they are afraid of him, but in the end they become friends. The king orders him to take slaves from the neighboring island, with which they are at war. He does not want to do that and he goes to the other island. He finds a boat and tries to get home, but he reaches another island. On this island, people are huge...
Personal Opinion
I didn’t like so much.
Student's name
Hodei Iraeta
- ekainak 05, 2020 iruzkinik ez:
Bidali mezu elektroniko bidezIdatzi honi buruzko bloga!Partekatu Twitter-enPartekatu Facebook-enPartekatu Pinterest-en 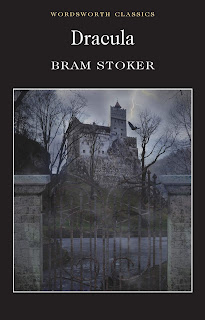 Synopsis
One day a man named Jonathan went to Count Dracula's castle. The town’s people told him about the terrible things happening there, but he didn't worry. The first days everything was normal, but one night he couldn't sleep and went to Dracula's room. He saw three beautiful girls and Dracula came out the window and yelled at the girls. Jonathan went to his room and thought about what Dracula said. Dracula said that Jonathan was his. Dracula planned to kill him. Jonathan was scared and wanted to go home. One night, Jonathan's friend, Lucy, was pale and days later she became a vampire. Lucy,, began to drink the blood of the children but Jonathan and his friends killed the vampire. The next time, Mina drinks the Count’s blood she wasn’t a vampire but she was connected to the Count. Jonathan used the connection to find him. When they do it, they kill the Count.
Personal Opinion
I liked the book because the pictures were beautiful and realistic. I didn’t like that the letter was very small. My favorite part was when the people become pale. That's the signal that it’s going to become vampire.
Student's name
Libe Irizar
- ekainak 01, 2020 iruzkinik ez:
Bidali mezu elektroniko bidezIdatzi honi buruzko bloga!Partekatu Twitter-enPartekatu Facebook-enPartekatu Pinterest-en 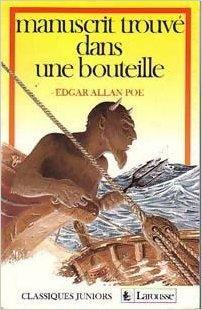